Love and Forgiveness in After-life

Home/Forgiveness/Love and Forgiveness in After-life
Previous Next

Love and Forgiveness in After-life 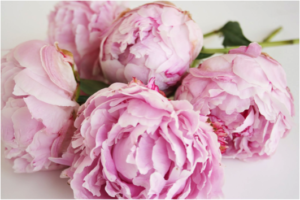 Spirit is continually teaching me. This week has been filled with meaningful connections through Individual, Group Readings and even a Group Reading On-line! Every encounter is a sacred and profoundly moving experience. Yesterday’s encounter with a loved on in Spirit has me moved to share.

A young male, about 22 years of age, was taken from this world by a hit and run driver. He was a gentle, loving soul who loved his family, sports and had a serious relationship with a beautiful young woman. When he was hit by the car, his death shocked him. During the reading with his loved one (my client), he shared how he was first very angry about being taken from life so unjustly. The shock and despair impacted him greatly. Witnessing his family suffering was almost more than he could bare.

But his story doesn’t end there. He shared very openly, how he moved from anger and shock into compassionate empathy and ultimate forgiveness for the woman responsible for taking his life. He described how resentment held his soul in place, locked him in a tied relationship to that individual and prevented him from evolving. He did not know how to open his heart to empathy, when he had lost his life and so many of his loved ones were suffering.

Though he was raised in a religious home, he did not believe in God at the time of his death. He was not really an atheist, but he was quite skeptical and would have never considered visiting a medium — until now.  As he was trying to sort through the pain of having lost his life, while he was in Spirit, he described in detail, how he was elevated into the “heart of a loving God” that surpassed his ideas about after-life, God and even love. He described that this loving presence pulled him “into his heart” until he felt enveloped with healing mercy. Then, he was shown the suffering of the individual who had been responsible for his death. He saw her childhood and the unloving environment in which she was raised. He saw how fearful she was at the moment she realized she had hit him with her car and how lost in her alcoholism she had become.  As he was held in the heart of this merciful heart of the Creator, he felt only compassion for the individual who was no incarcerated for his death. He felt she deserved to be accountable, but he no longer felt resentful toward her. He said, “this freed me to move upward in the Divine Realms of after-life and focus on learning, growing and discovering things I did not know existed”.

He was so excited to share that he had been healing and evolving and asked me to write about his experience.

About the Author: Lori Lipten

Page load link
Join our Inspired Newsletter!
Receive news about Lori's events,
workshops and retreats!
Give it a try, you can unsubscribe anytime.

DON’T MISS OUT!
Subscribe To Our Newsletter
Be the first to get latest updates and exclusive content straight to your email inbox.
Give it a try, you can unsubscribe anytime.

Powered by Convert Plus
Go to Top